Battle for the Planet of the Apes

Battle for the Planet of the Apes

IMDb: 5.5 1973 93 min
The fifth and final episode in the Planet of the Apes series. After the collapse of human civilization, a community of intelligent apes led by ...
ActionScience Fiction

IMDb: 6.8 1973 121 min
James Bond must investigate a mysterious murder case of a British agent in New Orleans. Soon he finds himself up against a gangster boss named Mr. Big.
ActionAdventureThriller 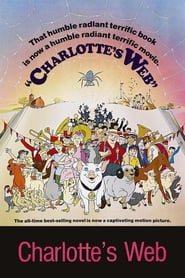 IMDb: 6.9 1973 94 min
Wilbur the pig is scared of the end of the season, because he knows that come that time, he will end up on the dinner table. He hatches a plan ...
AnimationDramaFamilyMusic