IMDb: 8.2 2006 118 min
Living with her tyrannical stepfather in a new home with her pregnant mother, 10-year-old Ofelia feels alone until she explores a decaying ...
DramaFantasyWar

IMDb: 7.1 2019
For three and a half hours, in the pouring rain, amid the mud and shattered trees of a rubber plantation called Long Tan, Major Harry Smith and ...
ActionDramaHistoryWar 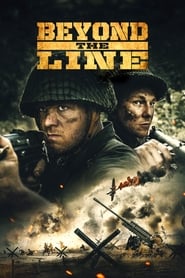 IMDb: 3.6 2019
Two Allied soldiers find themselves stuck behind enemy Nazi lines and must find a way to get back home despite the temptation to accept defeat.
War

How I Live Now

How I Live Now

IMDb: 6.5 2013 101 min
An American girl on holiday in the English countryside with her family finds herself in hiding and fighting for her survival as war breaks out.
ActionDramaThrillerWar

IMDb: 5.9 1975 116 min
Four corrupted fascist libertines round up 9 teenage boys and girls and subject them to 120 days of sadistic physical, mental and sexual torture.
DramaHorrorWar 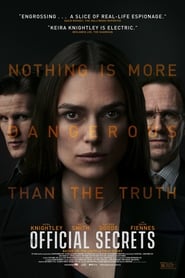 IMDb: 7.4 2019 112 min
The true story of British intelligence whistleblower Katharine Gun, who prior to the 2003 Iraq invasion leaked a top-secret NSA memo exposing a ...
DramaRomanceThrillerWar

IMDb: 7.0 2019 133 min
In 15th-century England, Prince Hal transforms from wayward wastrel to powerful king after he reluctantly inherits the throne and its many conflicts.
DramaHistoryWar

IMDb: 6.5 2019 87 min
A young American soldier in Afghanistan is disturbed by his commanding officer’s behavior and is faced with a moral dilemma.
DramaHistoryWar

2019 100 min
The story sees Courtney as Cal, a by-the-book police officer who makes ends meet as a Marine Corps reservist along with his rowdy and inseparable ...
DramaWar

IMDb: 6.3 2019 108 min
In the aftermath of World War II, a British colonel and his wife are assigned to live in Hamburg during the post-war reconstruction, but tensions ...
DramaRomanceWar

IMDb: 8.5 2018 99 min
A documentary about World War I with never-before-seen footage to commemorate the centennial of Armistice Day, and the end of the war.
DocumentaryHistoryWar 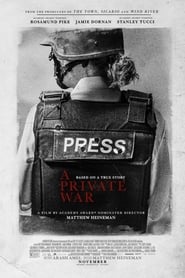 IMDb: 6.7 2018 106 min
One of the most celebrated war correspondents of our time, Marie Colvin is an utterly fearless and rebellious spirit, driven to the frontlines of ...
DramaWar

IMDb: 6.7 2018 110 min
France, World War II, June 1944. On the eve of D-Day, some American paratroopers fall behind enemy lines after their plane crashes during a ...
ActionHorrorScience FictionWar

IMDb: 5.9 2018 107 min
The story of the Polish fliers who found themselves fighting for the freedom of their own country in foreign skies. Seen through the eyes of Jan ...
DramaWar

IMDb: 6.6 2018 130 min
A team of CIA agents and special forces head into Afghanistan in the aftermath of the September 11th attacks in an attempt to dismantle the Taliban.
ActionDramaHistoryWar

IMDb: 6.7 2017 108 min
Set in a dugout in Aisne in 1918, a group of British officers, led by the mentally disintegrating young officer Stanhope, variously await their fate.
DramaWar

IMDb: 7.1 2017 132 min
During the Japanese colonial era, roughly 400 Korean people, who were forced onto Battleship Island (‘Hashima Island’) to mine for coal, attempt ...
ActionDramaWar

IMDb: 7.9 2017 107 min
The story of the miraculous evacuation of Allied soldiers from Belgium, Britain, Canada and France, who were cut off and surrounded by the German ...
ActionDramaHistoryThrillerWar

IMDb: 7.4 2017 90 min
With unprecedented access, this documentary follows the extraordinary journey of “Raqqa is Being Slaughtered Silently”—a group of anonymous ...
DocumentaryWar 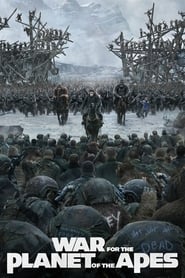 War for the Planet of the Apes

War for the Planet of the Apes

IMDb: 7.5 2017 140 min
Caesar and his apes are forced into a deadly conflict with an army of humans led by a ruthless Colonel. After the apes suffer unimaginable ...
DramaScience FictionWar

IMDb: 7.1 2017 116 min
The true story of Marine Corporal Megan Leavey, who forms a powerful bond with an aggressive combat dog, Rex. While deployed in Iraq, the two ...
DramaWar

IMDb: 7.5 2017 141 min
An Amazon princess comes to the world of Man in the grips of the First World War to confront the forces of evil and bring an end to human conflict.
ActionAdventureFantasyWar

IMDb: 6.0 2017 122 min
A rock star general bent on winning the “impossible” war in Afghanistan takes us inside the complex machinery of modern war. Inspired by the true ...
ComedyDramaWar

The Man with the Iron Heart

The Man with the Iron Heart

IMDb: 6.4 2017 120 min
With the Third Reich is at his peak in 1942, the Czech resistance in London plans the most ambitious military operation of WWII – Anthropoid. Two ...
ActionHistoryThrillerWar 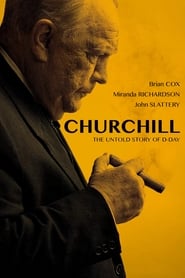 IMDb: 7.1 2016 124 min
In 1942, an intelligence officer in North Africa encounters a female French Resistance fighter on a deadly mission behind enemy lines. When they ...
ActionDramaRomanceThrillerWar